Why the “dislike” button is lame, and how Facebook can do better

Facebook CEO Mark Zuckerberg said earlier this week during a Q&A session that Facebook is working on something along the lines of a dislike button. We’ve all experienced at one point or another a moment when clicking “like” on a post just wasn’t anywhere close to what you wanted to convey. Zuckerberg cited the Syrian refugee crisis as something less than likeable, although let’s be honest: the way we communicate sentiment on the internet these days is basically broken or non-existent. (more on that in later posts here)

Having a “dislike” button is not going to fix that problem for the same reasons that the “like” button is insufficient, and for the same reasons that “upvoting” and “downvoting” on sites like Reddit are ambiguous. There could be thousands of reasons why someone upvoted/liked or downvoted/disliked something – and we currently have no idea what those reasons are. It is a very vague indicator of content quality, but at least for Reddit it mostly works.

The cultural significance of the thumbs up and thumbs down hand gesture is also kind of grotesque: spectators in ancient Rome would decide if a defeated gladiator lived or died by indicating with their thumb which direction the sword should go. Sure that was a couple thousand years ago, but when was the last time you used a thumbs down for anything?

In general we are collectively pretty awful at communicating sentiment over the internet. Sarcastic emails or text messages almost always seem to get lost in translation depending on who is reading it and what mood they are in. It makes sense that one of the largest messaging platforms on the planet (Facebook) would be interested in helping users convey a wider range of emotions.

The ultra-hip online chatroom service, Slack, is already on top of this and rolled out a feature earlier this year called Emoji Reactions. It lets users respond instantly to each other using any emoji they’d like and even allows people to create new ones. People can then click on them in the same way you would click on the “like” button on Facebook and it keeps a total of who clicked which emoji.

It just so happens that Facebook already has a software patent on something very much like the Emoji Reactions that Slack rolled out earlier this year. Here it is, US Patent number: 8918339 – “Associating an indication of user emotional reaction with content items presented by a social networking system”.

Emoji Reactions afford us with such a broader range of emotional sentiment, it’s hard to imagine that Facebook is just going to roll out an overly simplistic thumbs down “dislike” button. After all, thumbs up and thumbs down are just two of hundreds of possible emoji! What are those smiling emoji after all, but a distilled set of facial expressions that our human brains are already prewired to recognize instantly.

Emoji Reactions are a small step forward in being able to communicate emotional content in an easier way on today’s internet. Yes, they are just emojis – but compare that to the monochrome universe of emotion available using Twitter’s “favorite” button or Facebook’s “like” or even an upvote on Reddit. We want to be able to communicate with clarity and vivid expression, just like you would in person!

There is a huge amount of opportunity for further advancement in this area. Emojis seem like such a trivial thing compared to live 3D streaming video, yet that is where we are. It wasn’t that long ago people were typing out “emoticons” using keyboard characters to make smiley faces.

It was surprising to hear that Facebook was making any kind of change at all to allow users to be more expressive. Honestly what is their motivation? They can monetize our data and sell ads just as easily with or without better communication tools. That is the rut we are all currently sitting in, where innovation happens accidentally in fits and spurts.

This blog is dedicated to starting the conversation where we build the future of the internet together collectively, and deliberately, and shape our communication tools to be better and more effective in the information age. Please check back and join the conversation! Lots more to come.

Subscribe to the email list to stay connected – we’ll never send you spam or sell your email. 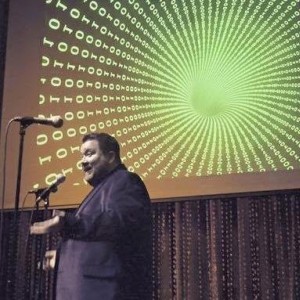 Rob Epler is a Software Engineer who has been using the internet since the dialup days. An expert in software design with an eye towards the future of electronic communication on the internet. Twitter: @repler

What this blog is about
Previous